Orgaia is an innovative health biotech company focused on the better governance of human cellular function and preservation of genome integrity. Our leadership are experts in the field of nutrition. 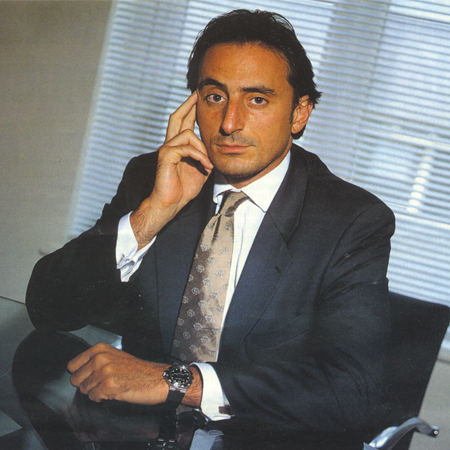 Nicolas De Santis is the co-founder and CEO of Orgaia.

Nicolas De Santis is the co-founder and CEO of Orgaia.

De Santis is a senior advisor to the Global Virus Network (GVN) the network of the top global virologists looking to eradicate the world’s biggest viral threats to human health. GVN was founded by Dr. Robert Gallo the co-discoverer of HIV as the cause of AIDS. From 2013 to 2014 De Santis was a board member and part of the executive committee of GVN.

Eduardo De Santis is a co-founder at Orgaia.

Eduardo De Santis is a co-founder at Orgaia. He is also a Founder & Chairman of Gold Mercury International, the global governance and vision strategy think tank.

Through the Gold Mercury Awards & Summits, Eduardo has brought together key global governance actors to discuss and debate critical challenges. His practical approach allowed him to foster international trade relations, advance the development agenda and improve understanding amongst nations.

Eduardo researched the few and impractical ‘future seeking’ tools available to leaders and organisations and pioneered a new area: Anticipatory Governance™ to assist in the critical development of long-term sustainable governance, vision and strategy. His project experience includes corporations, governments and organisations such as: Alcatel, Alitalia, Bank of America, Banamex, Disney, Iberia Airlines and San Miguel Corporation, just to name a few. During his extensive advisory career he was President International of Landor Associates (now part of WPP Group).

Eduardo De Santis is a Commendatore della Republica Italiana and the recipient of the ORDER OF THE ITALIAN STAR one of the highest honours granted by the President of the Italian republic to Italian expatriates who have made an outstanding contribution to the Italian Republic after World War II.